Mother of pearl buttons and their cheap imitations

Mother of pearl buttons, also called nacre buttons, have been used long in any kind of garments In the early 20th century they were the cheap and most popular material, used in all garments, from underwear to winter coats. Nowadays they are popularly used in cardigans, but sometimes also in blouses and dresses.

Mother of pearl buttons can be dyed, stained and carved to obtain different textures and colours. Large MOP buttons are rare, as they can be brittle and so, not durable. The smallest shell button I had was just a few mm across.


How to identify MOP buttons

It may sound easy, but sometimes it is hard to distinguish between genuine mother of pearl and fake plastic imitation. Look at these, for example: 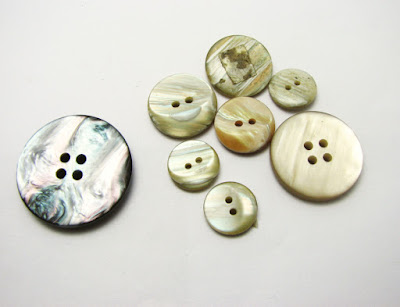 None of the buttons in the picture above is actually made of natural shell. They are all simple plastic buttons. Modern nacre buttons, on the other hand, as so well shaped, that at first they look perfectly like plastic. 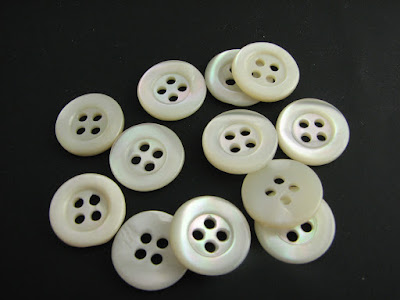 There is also a confusion between the genuine mother of pearl and buttons made of moonglow plastic, which are sometimes referred to as nacre. This style was very popular in 1950s, but has nothing to do with the natural shell.

First of all we have to study the button carefully under the magnifying glass. Nacre is a natural material, which means that no two buttons are the same: they will have micro cracks and chippings, or simply unique iridescent lines.

Another simple way of knowing what material they are made of is to keep them at room temperature for some time and see if they feel cold to touch. Plastic usually feels neutral, while natural shell will always feel cool. It also makes a different sound.

How to handle nacre buttons

Well, obviously with care. Modern MOP buttons are usually thick enough to endure machine washing I also washed my blouse to which I had sewn vintage MOP buttons and they were fine, but after many times washed the colour faded a bit. Larger buttons are better removed before washing.

It is not recommended, though, to machine sew these buttons, as they often have uneven surface and are prone to braking under the presser foot.

Mother of pearl buckles are not unusual among vintage haberdashery. They look brittle but in fact they are sturdy enough to be used in dress and coats belts. 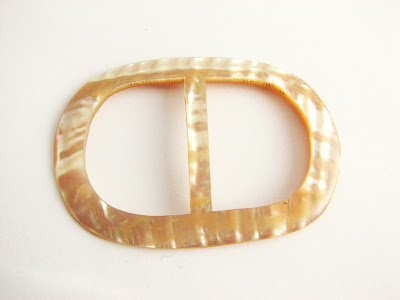 Nacre inlay was also a popular technique of embellishing antique haberdashery. This 1930s casein buckle has a white stripe on one side. It is made of mother of pearl. 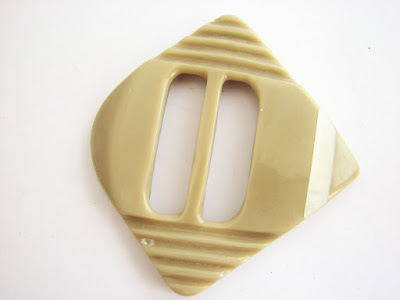 And last but not least, some unusual shell buttons, but not mother of pearl. The brown dots are the natural pattern these shells develop, yet they look like some kind of other animal print.

Agnes
A sewist, a button enthusiast and hoarder.

How to take good product photos

...and without photoshop! Hi everybody! Since I started my button adventure, my photogrphic skills have improved significantly. At f...